"PolyHele Story" Naughty Little Warm Man-Olio
Hele education | 2019-03-15
This is a story about PolyHele kindergarten children. His name is Olio. When he first entered kindergarten, he was the little male protagonist who staged separate stories with his father every day. Children of Zhengzhou Poly and Legolden International Kindergarten. 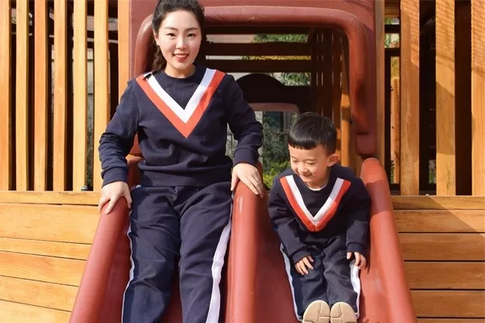 At school, he was a little hedgehog who argued with others for his own interests, but he was also a superhero who took the initiative to save others. On rainy days, he is a little warm man who carefully uses the eaves of his hat to keep the teacher from raining. During the winter vacation, he would call the teacher to express his missing angel.

Abby is Oreo's kindergarten teacher, a graduate of preschool education, a cheerful, optimistic, gentle kindergarten teacher. Be conscientious and responsible in your work, and treat your children meticulously. Love life, have a pair of eyes good at discovering beauty. Olio is a lively, naughty, smart, lovely and considerate little warm man. Be willing to help the teacher and be a little helper of the teacher.

Olio entered kindergarten and began to experience collective life for the first time. When facing the new environment, like other children, he had emotional reactions such as anxiety, fear and so on.

In the first week of entering the garden, Dad took him to the door of the class. He put his arm around Dad's neck tightly. He seemed to be worried that Dad would leave if he relaxed a little. Olio's father persuaded him constantly, but with little success, he resolutely handed Olio over to Mr. Abby, who was standing by, and left quickly. Sad Olio stretched out his arms and shouted, "Dad, don't go. I want Dad, Dad..." After Olio's mood was calmed down a little, Mr. Abby took him for a walk outdoors, enjoyed the landscape trees in the garden, and healed his mood with the power of nature. Although the first day was difficult, Olio finally took a step of growth with the help of his teacher. 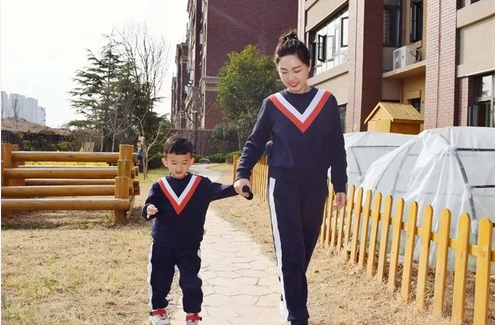 A few weeks before entering the park, due to emotional instability, Olio always clashes with other children, using sharp edges to protect himself. But when other children need help, he will not hesitate to go forward and do it enthusiastically.

In the process of exploring this strange world, he never forgot the kindness and responsibility in his heart.

Far more than that. Olio's dad once wrote in his circle of friends: "Playground, just inside there were children crying for help, Olio turned to me and said, huh? Somebody called me. I'm going to help! I feel like the next Superman is him.

The joy and pride overflowed.

One day in November 2018, there was a drizzle in the sky. On that day, Olio was late. Teacher Abby received a call from the guard room: Olio from Class One came and asked the teacher to answer it. Without an umbrella, she trotted all the way out of the corridor to the doorman. Upon receiving Olio, she picked him up and prepared to run back to the classroom corridor. As he was about to start, Olio suddenly held out his little hand and dragged his down jacket and hat on his head. Two small hands, one hand, handed the hat forward, put it in Abby's forehead position, with both naughty and lovely voice, said: "Teacher, my hat for you to stop the rain, you do not get caught in the rain." The place where the small head touches the big head is warm and warm, and it warms the heart of Mr. Abby.

On the afternoon of January 31, 2019, during the New Year's holiday, Abby received a call from Olio's father: "Mr. Abby, Olio listened to your story repeatedly yesterday and said I missed you. I explained to him that the teachers came home from vacation and were not in kindergarten. But he persisted in saying that he missed you and had to go to kindergarten, so he called you. 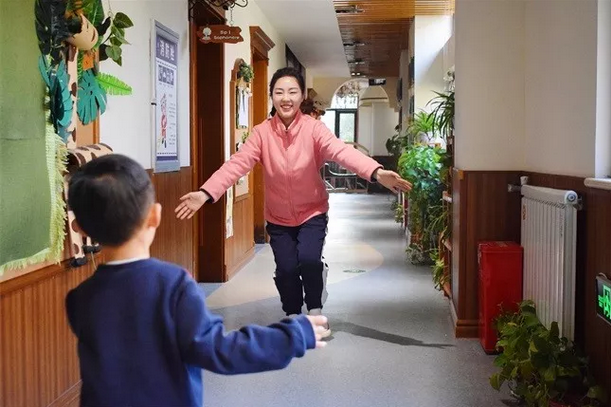 On the phone, Olio choked and said to Abby, "Teacher, I miss you. Teacher, I love you."

This emotion is so direct and so pure, who can not be moved by it? Abby burst into tears

Warm hearts between children and teachers have always happened, a word of concern, an action, an expression, a comfort...